“This is your last chance.  After this there is no turning back.  Y

ou take the blue pill, you wake up in your bed and you believe whatever you want to believe.  You take the red pill, you stay in wonderland, and I show you how deep the rabbit hole goes….”

In the movie The Matrix, placed in a moment of extreme peril, Neo had a choice; go back to the life he had constructed for himself, the fiction that had been constructed to keep him in line, or to open his eyes, to see the world as it truly was, to know the truth.

We, here in Madison, Wisconsin, have been in this place before.  Michael Brown, Eric Gardner, Sandra Bland, Tamir Rice, Atatiana Jefferson, Philando Castile; The Race to Equity Report and the Annie E. Casey Foundation’s Report naming Dane County the worst place in the country to raise African American boys.  And then, then there was Tony Robinson.  Confronted by this seemingly endless litany of pain, grief, and justified anger, we were offered a choice…

“You take the blue pill, you wake up in your bed and you believe whatever you want to believe.  You take the red pill, you stay in wonderland, and I show you how deep the rabbit hole goes….”  Make no mistake.  This is a moment of extreme peril.  If we take the red pill, if we make our way into the rabbit hole, we may find that we need to change.  We make need to recognize some hard truths about the society in which we live, about the myth that is American Exceptionalism, about the ways that many of us are denied access to that elusive American Dream…  We may even have to recognize some hard truths about ourselves, about the ways that we wittingly or unwittingly support the systems which benefit from the oppression of others, about the advantages we have had because of the accident of our birth, about the people whose lives are bent and broken in ways we can’t even imagine, in support of our position, rank, and status.  Taking the red pill might push us into a corner where we can no longer deny the need to relinquish some of our power and privilege, the knee that is on the neck of our black and brown brothers and sisters.  It’s no wonder that so many of us have chosen to take the blue pill, choosing to wake up in our own beds, continuing to believe that which makes us comfortable and secure.

Neo had a choice.  I don’t believe that we do.  Not anymore.  We might have been able to write those moments off as anomalies, the work of a few bad actors; to turn a blind eye to the systemic injustice and racism… and to pretend that in doing so, we weren’t refusing to believe the lived experience of the people in our communities who were suffering…  Neo had a choice.  But we don’t.  Not anymore.

Ahmaud Marquez Arbery was shot to death on February 23 by two white men who pursued him in their pick up truck, blocked his way, and accosted him while carrying a shotgun.  Ahmaud Arbery was jogging.  It took two and a half months for the men who hounded, attacked and shot Ahmaud Arbery to be arrested.  Officials in the local judicial system in Brunswick, Georgia, repeatedly advised the police department that no arrests should be made.  The men involved in Arbery’s death were not arrested until the video of the encounter went viral and the public demanded an investigation.  They were arrested on May 7th, two and one half months after they murdered Ahmaud Arbery. 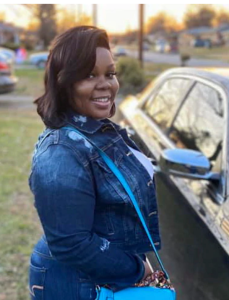 Breonna Taylor was asleep in her own home on March 13th when the police executed a “no knock” warrant, bursting into the apartment, and in response to a shot fired by Taylor’s terrified boyfriend a licensed gun owner, fired 20 rounds of ammunition, hitting Taylor eight times, killing her in her own bed.  The warrant that the police were serving was for a man who did not live in Taylor’s apartment building and whom the police had already arrested.  Taylor’s boyfriend was arrested and charged with attempted homicide.  The officers involved in Taylor’s death have not been charged or dismissed from the Louisville Kentucky Police Department.  Breonna Taylor, an EMT who aspired to be a nurse, is dead.

On Monday May 22nd, Christian Cooper was bird watching in the Ramble, section of Central Park in New York City when he asked a white woman in the area to please comply with the rules and leash her dog.  That woman, Amy Cooper told him that she was going to call the police and tell them that an African American man was threatening her and her dog.  She made that call with a voice edged with hysteria and begged the 911 dispatch officer to “Please send the cops immediately.  The horrifying aspect of this incident was in her clear understanding that she, a white woman, could weaponize the police against an African American man whom she knew the system would assume was guilty.  Neither Christian Cooper or the woman who called the police were still in the park when the police arrived but the video of her calling the police has gone viral and been viewed over 40 million times.

Last week, on May 25th, George Floyd died, on video, with a while police office kneeling on his neck.  Three other officers stood by for over eight minutes while Officer Derek Chauvin chocked the life out of Floyd, who repeatedly said, “I can’t breathe.”  The only way you might have missed seeing that video in the last week was to have turned your eyes away for fear of seeing something so ugly that it will leave scars on our eyes, our consciences and our souls.  The four officers involved were dismissed from the police force the next day, but Chauvin wasn’t arrested until the 29th, four days after he had murdered George Floyd in the street in front of a convenience store, filmed in the act by a bystander who cried out for his life..

Is it any wonder that the movement to establish justice in this country goes by names like Black Lives Matter and Justified Anger?   Murderers go unpunished, investigations are squelched, and the life of a black or brown person doesn’t seem to matter until thier death becomes an inconvenient public attraction.

Neo had a choice.  We don’t.  To take the blue pill, to choose to wake up in our own beds believing whatever we need to believe to alleviate our anxiety and maintain the status quo… is just not an option.  And thanks be to God, the people whose lived experience we have been denying, the people whose lives have been bent and broken by our unwillingness to see and hear them, the people whose anger is justified beyond measure, they are stepping up to make sure that we can’t look away, we can’t deny what has been right in front of our faces for so long; that we can’t just pop another blue pill and go back to sleep.  To do so at this point would be an offense from which we can never escape.  With the events of the last week, the events of the last year, the four hundred year history of racism in this country laid bare, there is no claim of plausible deniability left to us.

In this country, the deck is unfairly stacked against black and brown people, people of color.  The things that we, the white majority have, are not ours because we have done better than those we name as other.  We have them on the backs of the people whose lives we have decided do not matter as much as ours.  The racism in this society is systemic.  It is built into our constitution, our legal system, and our social codes, written and unwritten.  And that systemic racism is killing our black and brown brothers and sisters, even as it accrues benefits to us that we have been all too happy to receive, never  asking why or questioning who was losing as we were winning.

It is time, a moment of great peril.  We need to reach out our hand and, of our own volition, take the red pill and then with our eyes wide open, do the hard work.  We need to listen to the stories, the lived experiences of the people around us and to accept them as the truth.  We need to use the power we have to dismantle the system that gave us that power.  We need to step to the margins and let the people who have lived there for so long fill in the gaps we leave behind.  We need to make room for the rest of us to become all of us, so that we never need to turn avert eyes from the evening news for fear of seeing the truth, so that we never need reach for that blue pill to dull the pain in our consciences and in our souls, so that we might live together in peace.

Look to the leaders in the Black Community.  Pay attention to what they are saying.  Pay attention to the causes and issues they are talking about.  Don’t go offering to be a friend.  Friends aren’t what is needed right now.  Go offering your help, your connections, your resources, the power that the system has bestowed upon you.  Start making phone call to your elected representatives.  Start writing letters.  Go to the rallies and demonstrations,  lend your body to the movement and shout “This must change and it must change now,” because until all of us can breath, none of us will be able to draw breath!